Reduce the Risk of Peanut Allergies 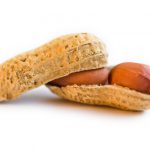 Women going through infertility treatment often ask what is safe to eat while attempting pregnancy in the hope that their child will have the best chance at being healthy. Eating foods high in folic acid such as green leafy vegetables and most importantly folate supplements are well known to be important in preventing neural tube defects. Avoiding unpasteurized milk and cheese is also important to prevent Listeria infections resulting in fetal death and neonatal complications.

Childhood food allergy is on the rise affecting one in 13 children in the United States. The presence of peanut and other tree nut allergies has tripled since 1997. The cause of this phenomena is largely unknown. In the past some advocated that pregnant women should avoid consuming peanuts and tree nuts while pregnant out of fear that it may lead to nut allergies in their babies.