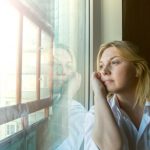 The fundamental importance of progesterone to pregnancy has been known since the pioneering work published in 1946 by the late Dr. Georgiana Segar Jones in the Journal of the American Medical Association. Progesterone has many interesting and important effects that are critical to pregnancy not only hormonal in nature but also potentially immunosuppressive.

Therefore, this study was horribly flawed for the simple reason that progesterone therapy was not initiated until after a positive pregnancy test. In order to properly test the author’s hypothesis regarding progesterone efficacy, their study design should have insured that progesterone was initiated after ovulation but prior to implantation during a conception cycle. Also, the authors made no attempt to correct for chromosomal abnormalities in the miscarriages of those both taking and not taking progesterone. These important study design flaws seriously weaken the authors’ conclusion and reminds us that in order to get a study published in the medical literature, one simply needs three friendly and sympathetic reviewers ignoring study design flaws. Whether progesterone therapy is truly effective or not in treating recurrent pregnancy loss is still open to question and should be tested in a properly designed trial.

If you are experiencing recurrent pregnancy loss, please contact us, we can help!