Improving Fertility in Women With PCOS 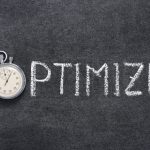 Polycystic ovary syndrome or PCOS affects as many as 5 million women in the United States and is one of the most common causes of infertility. PCOS is likely a number of different diseases that manifest in similar physical symptoms, such as acne, excess facial and body hair growth, insulin resistance, abnormal menstrual periods, infertility, and recurrent pregnancy loss. Over 60% of women with PCOS are overweight or obese. PCOS appears to have a genetic component that may be triggered or influenced by environmental factors. The symptoms of PCOS are at least in part due to excess androgens (male hormone secretion) that belong to the family of hormones to which testosterone belongs.

If you have PCOS or have further questions on the best treatment path for you, contact us today!