Polycystic Ovarian Syndrome Is A Continuing Source of Common Misunderstanding 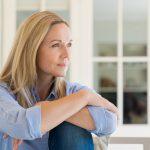 Polycystic ovarian syndrome (PCOS) is an important medical condition that has both metabolic and reproductive impact. PCOS is extremely common and affects one in 10 women of reproductive age; however, various studies put the percentage of impacted women at eight to 13%. Polycystic Ovarian Syndrome is a continuing source of common misunderstanding. Despite its name, PCOS is not primarily a problem in the ovaries but a lack of proper communication between the brain and the ovaries. Insulin resistance or pre-diabetes also seems to play a major role in most cases of PCOS.

This syndrome has been studied for over 75 years and yet some of the causes of the syndrome remain not well understood. Most common presentations are irregular menses and abnormal hair growth, or acne caused by elevated testosterone levels in women. There are many misconceptions about PCOS which I hope to explore in depth here. These are the questions or statements that I commonly hear from my patients with PCOS.

1. “I have gained a lot of weight over the last two years because I have PCOS.”

2. “I have been told I have PCOS. I am concerned that I have large cystic ovaries and may need surgery to remove these large ovarian cysts.”

The truth is polycystic ovarian syndrome is a terrible name for this syndrome; many follicle ovarian syndrome would be a more appropriate name. The ovaries do not have large cysts, but many more follicles than the average woman. In a normal cycling woman, a few follicles will develop each month and eventually one will release an egg (ovulate), leaving the ovary with a few small follicles. In polycystic ovarian syndrome, the follicles start to develop but they never get proper stimulation from the brain so the many small follicles remain. Women with PCOS are not necessarily at higher risk for large ovarian cysts or surgery. They do not have large cysts but simply many more small follicles than the average woman.

3. “I have been told I have PCOS and therefore am worried that I will never be able to have a baby. I am concerned that my ovaries are defective or have aged prematurely.”

Women with PCOS do not specifically have a problem with their ovaries but have a problem with proper signaling between the ovaries and brain. Their fertility does not decline any faster than an average woman’s fertility. Women with PCOS have normal fertility when undergoing IVF. Also, women with PCOS have very high AMH levels which are a marker for higher fertility. They simply have many healthy follicles in their ovaries. In women with PCOS, the brain is often not signaling the ovaries properly; therefore, the follicles do not develop, and a woman does not ovulate. The abnormal signals from the brain to the ovaries cause the ovaries to produce extra testosterone. Sometimes elevated insulin levels and insulin-like growth factor levels interfere with the proper brain to ovary communication preventing ovulation.

For more information about symptoms of PCOS and how to treat it, contact us.