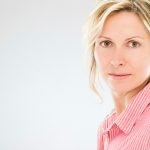 One of the of hallmarks of PCOS (polycystic ovarian syndrome) is ovulatory dysfunction. Excessive androgen (male hormone) production has not only an effect on the skin but also on the ovaries. This excess hormones causes the developing follicles (and eggs within) to arrest. It is this arrest that affords the very typical ultrasound pattern of the “pearls on a string” appearance. The androgen stymies normal ovulatory function and effectively primes the ovaries for a different kind of response during an IVF cycle – hyperstimulation.

It seems ironic that the same mechanisms at play responsible for the lack of normal menstrual function would promote too vigorous of a response. The ovaries can be compared to sleeping lions, ready to pounce with just a whiff of gonadotropins.

Part of this interplay with excess androgen is related to insulin. Many, but not all, women with PCOS also have insulin resistance. In this case, these women do not display frank diabetes. However, the subtle perturbations in how their bodies both produce and use insulin can be magnified and affect the ability to become pregnant.

To this end, we have effectively used Metformin (an insulin-sensitizer) as an off-label form of improving glucose utilization in women who have PCOS and insulin resistance. Additionally, Metformin acts to suppress excessive androgen production.

A most recent data review suggested that Metformin demonstrates a benefit to these exact women undergoing IVF cycle. When women with PCOS and insulin resistance take Metformin during their IVF cycles, they demonstrate a decreased frequency of ovarian hyperstimulation syndrome (OHSS) and higher clinical pregnancy rates. As to whether there exists a higher take-home baby rate in these women has yet to be proven.

Nonetheless, the improvement in glucose tolerance and reduced risk of OHSS affords Metformin a viable addition to these patient’s cycles.