Your Lifestyle Affects Your Fertility 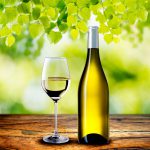 A recent paper in the January issue of Fertility and Sterility continues to point to the negative effects of smoking, weight extremes, alcohol use, and stress on pregnancy rates in women who are attempting to conceive.

Smoking, both in increased frequency and duration can lead to a delay in conception of more than one year and is also known to decrease ovarian reserve in women.

Women under undergoing IVF have a greater than 40% reduction in success with IVF with moderate cigarette consumption.

In women there is an increase of umenstrual cycle irregularity as well as a decrease number of eggs retrieved during in vitro fertilization.

In men decreased fertility is generally only seen in men who consume three glasses of wine daily or it’s equivalent.

Less than 1.5 cups of coffee per day does not seem to have a major effect on fertility and either men or women. More on the effects of caffeine and pregnancy.

Weight extremes being overweight or underweight will decrease the chance of fertility. A BMI less than 20 (underweight)or BMI greater than 30 (overweight)have been shown to decrease fertility both naturally as well as with IVF.

Effects of stress are controversial and not clear at this time if menstruation is not affected.

Your lifestyle affects your fertility. All of these factors can accumulate to significantly decrease the pregnancy.