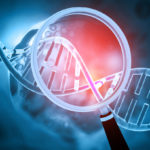 The heartbreak of a previous lost pregnancy or the worry that you may be passing on an inherited disease can put added stress on a couple seeking fertility treatments. For these couples, preimplantation genetic testing (PGT) may improve chances for a successful pregnancy and bring some peace of mind. In order to know if preimplantation genetic testing is right for you, it is important to understand the benefits, challenges, and when to consider preimplantation testing (PGT) as part of treating your infertility.

What Are the Benefits of Preimplantation Genetic Testing (PGT)?

PGT is the process of screening cells from embryos for genetic diseases and chromosomal disorders. This test is done in conjunction with in-vitro fertilization (IVF) before the embryo transfer and pregnancy is established.

Various PGT tests can identify embryos with an abnormal number of chromosomes, or structural rearrangements that could prevent successful outcomes. PGT can also identify the presence of more than 4,000 single-gene disorders, including cystic fibrosis, spinal muscular atrophy, and fragile X in couples who are found to be carriers of one of these genetic mutations. Testing enables our physicians to identify the embryos most likely to result in a healthy baby for transfer.

PGT is further categorized as:

PGT-A is the most common form of preimplantation genetic testing. PGT-A has been recommended by some to be routinely advised to everyone having IVF in the hope for higher successful pregnancy rates. However, the majority of studies have not found routine testing for PGT-A useful except perhaps in women over 38 years of age who have adequate ovarian reserve. PGT-A may be useful in women with 4 or more miscarriages as the majority of spontaneous pregnancy losses are aneuploid which means they have an incorrect number of chromosomes. Others have advocated that PGT-A may be useful in women with repetitive failed IVF cycles especially in cases where implantation studies such as the Endometrial Receptive Array (ERA) test have been found to be receptive or corrected if not receptive.

A cost-benefit assessment of PGT-A may be worthwhile in certain, well-defined situations, but should not be routinely advocated for all patients, especially those less than 38 years of age.

If you would like to find our more on when to consider preimplantation genetic testing (PGT) or are experiencing recurrent miscarriages, we can help. Our goal is to help each of our patients achieve a successful, healthy pregnancy. Contact us today for a free initial consultation.

What Are The Chances of Having a Miscarriage?

When a baby is desired, success is expected immediately. However, the natural chance of becoming successfully pregnant per month of attempting pregnancy called fecundity, is only 1 in 5 or…

Read more about What Are The Chances of Having a Miscarriage?
Why Are Chromosomes Important?

Pregnancy is an exciting time but the anxiety of a having a baby with an abnormal number of chromosomes can be overwhelming. Fear of miscarriage is also a common concern.…