Why Are Chromosomes Important? 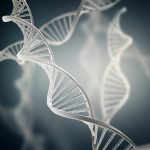 Pregnancy is an exciting time but the anxiety of a having a baby with an abnormal number of chromosomes can be overwhelming. Fear of miscarriage is also a common concern. Difficulty becoming pregnant occurs in 15% of couples trying to have a baby and miscarriages occur in up to 15% of all pregnancies.  A major reason for reproductive difficulty is having either an embryo or a pregnancy with an incorrect number of chromosomes.

If you have questions, or would like to know about our new program IVF Assist Plus, designed with a money-back guarantee to give you a baby with the correct number of chromosomes for the highest chance of a successful pregnancy, please contact us!