What Are The Chances of Having a Miscarriage? 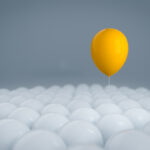 When a baby is desired, success is expected immediately. However, the natural chance of becoming successfully pregnant per month of attempting pregnancy called fecundity, is only 1 in 5 or 20%. Unfortunately, miscarriages are also common in the first trimester. Many of our patients ask what are the chances of having a miscarriage?

What Are the Chances of Having a Miscarriage?

If you are experiencing recurrent miscarriages, we can help you find out why. Our goal is to help each of our patients achieve a successful, healthy pregnancy. Contact us today for a free initial consultation.

A recent study presented at the American Society for Reproductive Medicine being held this week in Boston examined a possible link between BPA and miscarriage. BPA (bisphenol-A) is a chemical found…

Some studies have found a link between daily caffeine consumption and reproductive difficulty. A recent NIH sponsored study from the University of Ohio reported that both men and women who drink…

Read more about Caffeine and Miscarriage
Can Antidepressants Cause Miscarriage?

Antidepressants, Depression and Miscarriage Selective Serotonin Receptor Inhibitors (SSRIs) are the most common medications prescribed to treat depression. SSRIs including Prozac, Celexa, Paxil and Lexapro work by blocking the uptake…

Read more about Can Antidepressants Cause Miscarriage?