Fracking and the Possible Side Effects 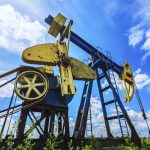 Hydraulic fracturing, also known as “fracking”, is the process where natural gas is extracted from shale rock deep within the earth. Boreholes are created into the shallow layer of shale approximately 8000 feet (2 miles) from the surface. A tunnel is then made sideways (90 degrees from the initial cavity) and extended approximately one mile. Into this hole is pumped vast amounts of highly-pressurized sand, water and chemicals. The shale is soft and fissures within the shale are created releasing natural gas deposits. The chemicals and sand remain deposited with the hole and fissures created.

The concern is that this porous subterranean environment lends itself to the same waters that eventually are consumable. These toxins leech into the water and are not filtered by normal means that provide safe drinking water.

Recently, scientists at University of Missouri discovered 11 water contaminants present in water supplies exposed to fracking activity. These chemicals are known endocrine disruptors and were found in higher concentration in the water supplies in proximity of the fracking sites.

Endocrine disruptors mimic natural hormones in their ability to affect how the reproductive organs function and block natural hormonal-signaling pathways. As a result, congenital anomalies may be increased in women who maintain exposure to these chemicals. Additionally, these disruptors may play key roles in the development and proliferation of cancers and infertility.

Research into fracking and the possible side effects on public health is in its early phase. Low levels of anti-estrogenic or anti-androgenic activity, these endocrine disruptors, could potentially alter development in ways that are meaningful to general health, as well as reproductive health.

Not only must we me mindful of potential environmental taxes but also of insidious ones present within our living spaces.