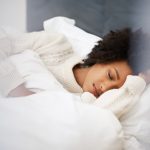 In a presentation at the recent ASRM conference in October 2018, researchers from Washington University found that women who have more regular bedtimes take less time to conceive than those whose bedtimes are more variable.

The study enrolled women who were ready to start to attempt to conceive and were willing to be closely monitored for their awake and sleep times. The women wore actigraphy watches for two weeks which recorded and measured their active and sleep cycles. The times each woman fell asleep and awoke were accurately recorded. The women who completed the 2 week study were then monitored for the amount of time it took them to conceive. Women undergoing IVF were not included in the study.

The participants used alarm clocks to be awakened and thus the time that an individual subject awoke did not vary very much day to day; however, the time that the woman fell asleep did vary among each woman by 1-2 ½ hours.

Women were placed in quartiles based on how much their sleep onset time varied day to day. Women in the lowest quartile had variations of less than 67 minutes a day in the time they went to sleep each night. Bedtimes for women in the highest quartile varied by more than 138 minutes.

75 / 176 women conceived within the first year of the study. Those who became pregnant were more likely to have a lower BMI; numerous studies have shown that women with elevated BMIs (overweight ) take a longer time to conceive than normal weight women. After adjusting for BMI, participants with less variation in the time they went to sleep had significantly shorter times to conceive than women whose sleep onset varied.

Overall sleep duration and wake-up time was not associated with shorter time to conceive.

Less variation in the time a woman goes to sleep seems to be more important for fertility than overall amount of sleep.

Establishing and keeping to a certain bed time, and not varying by more than one hour, may be an important component of conception. Although not evaluated in this study, this may be important for women undergoing treatments for infertility as well.

If you have questions, please contact us for a consult.