The Long-Term Effects of Marijuana on Mother and Baby 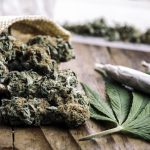 National survey suggest that reproductive-aged women believe that little or no harm will come to the fetus when used recreationally (once to twice weekly). The practitioner’s job is to distill the data that exists in the academic world and distill it for patients for both use and knowledge. In the case of marijuana and its increasing use, the defining data is not yet present. However, the lack of data on the long-term effects of marijuana on mother and baby is not a surrogate for lack of harm.

The early studies do implicate marijuana (cannabis) exposure and early fetal outcomes. There may be effects of fetal growth, adverse effects on cognitive function and increased attention problems. In 2014, a review demonstrated a possible increase risk in neonatal ICU admissions (1.5 fold increase marijuana: no marijuana exposure). However, there are mixed studies which did not demonstrate such significant results. Contradictory results underscore the elements related to exposure and effect.

With the possibility of harm, it seems the more conservative route of limiting or negating exposure from the maternal lifestyle is best.  As there are no known benefits from marijuana on the maternal-fetus union, only the potential for risk prevails.

If you have questions about your fertility or what is safe nor not safe during pregnancy, please contact us! We are here for you.

Additional blogs about marijuana and pregnancy:
Marijuana Risks to Fertility and Pregnancy