Marijuana Risks to Fertility and Pregnancy 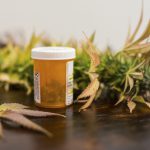 Washington, DC along with 29 states have passed legislation legalizing medical marijuana. The medical efficacy of marijuana and the primary psychoactive ingredient, THC is limited although, the other cannabinoid in marijuana, Cannabidol is medically approved for treating nausea especially in those having chemotherapy for cancer. However, the marijuana risks to fertility and pregnancy should be advised.

Marijuana is the most widely used illicit drug during pregnancy and some internet sources have even advocated marijuana to treat “morning sickness” during early pregnancy. This suggestion is dangerous since women who use marijuana during pregnancy have been found to be more likely to be anemic, have lower birth weight babies, and to have more neonatal intensive care admissions than occurs in infants of mothers who did not use marijuana during pregnancy.  Prenatal exposure to marijuana is also associated with fetal brain abnormalities and other structural and functional derangements in neurodevelopment. Synthetic cannabinoids have been shown to be teratogenic in animals causing brain abnormalities, eye deformities and facial disfigurement including cleft palate.

Marijuana can adversely affect male and female fertility. Men who regularly use marijuana have lower sperm volume and less sperm than men who do not use it. Marijuana also makes sperm less fertile even if it is the woman who uses marijuana and not the man since THC appears in their reproductive organs and vaginal fluids. THC can disrupt the menstrual cycle, suppress egg maturation and can adversely affect egg and embryo quality. Implantation is less likely to occur in women who use marijuana and should pregnancy occur the risk of miscarriage is increased.