The Ideal Body Weight for Pregnancy 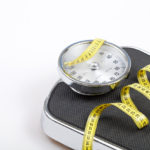 An extreme in weight either too thin or too heavy is the most serious lifestyle factor adversely affecting reproductive health. Weight is defined by Body Mass Index (BMI) which comprises weight and height. The ideal body weight for pregnancy is a BMI between 19 and 28 which for 5 foot 5 inch women would be a weight between 114 and 168 pounds.

Underweight is defined as a BMI less than 19 which is equivalent to a 5 feet 5 inch woman weighing less than 114 pounds. Infertility is more likely to occur in underweight than normal weight women due to ovulation dysfunction. The incidence of early miscarriage is also increased in underweight women most likely due to hormone imbalance.

Obesity is most commonly due to a combination of excessive dietary calories, lack of physical activity and genetic susceptibility, though a limited number of cases are due solely to genetics, medical reasons or psychiatric illness.

The Impact of Obesity on Egg Quality

Poor fertilization and embryo quality and a higher chance of implantation failure and early pregnancy loss are also associated with both male and female obesity. IVF success rates have been reported to be as much as 33% less for obese women and many programs do not offer IVF services to women with a BMI over 40 due to the very low probability of a successful pregnancy. In our IVF program appropriately high successful pregnancy rates occur in women whose BMI is greater than 20 but less than 35. Obese women who do become pregnant are more susceptible to gestational diabetes, pregnancy induced hypertension; pre-eclampsia, operative delivery, birth trauma, anesthesia-related problems and poor wound healing.

It’s not always easy to lose weight. However, relatively small amounts of weight loss (average 12 to 15 pounds or greater than 5% of body weight) may be sufficient in ameliorating reproductive function in many having reproductive difficulty.

If you are having difficulty getting pregnant and would like to learn more about the ideal body weight for pregnancy, please contact us for a consultation!

Maintaining a healthy lifestyle by eating right and regular exercise is something we all should do and may help promote fertility. Although, weight alone is not the only factor that…

Read more about Are Bananas Good For Weight Loss?
Being Overweight During Pregnancy May Lead To Increased Birth Defects