The Flu Shot For Women Who Are Attempting To Conceive 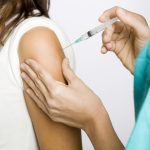 Well, it’s flu shot season again and as always there many questions about the flu shot for women who are attempting to conceive. The CDC recommends that all healthy women receive the vaccine including those who are pregnant and attempting to conceive. Flu season in the U.S. begins in October and last until many although it does peak in December through February. The CDC recommends that as many women as possible receive the vaccine by November to prevent a widespread flu epidemic.

The live activated vaccine which is considered the best vaccine for children under the age of nine should not be used in pregnant women. It makes sense that women who are attempting to conceive should avoid this vaccine as well. This vaccine is only available as a nasal spray.