The Connection of Bacteria and Its Role in Disease Including Fertility 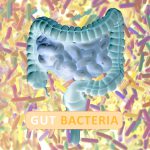 The connection of gut bacteria and its role in disease including fertility are being explored. Billions of bacteria live confined to the gastrointestinal tract – the human gut. Bacteria live in colonies – small cities within geographically-poised locations sharing specific responsibilities.  The small intestine bacteria are different than the large intestine bacteria. They share responsibilities and, sometimes, when one group outgrows its boundaries, the effects on the human can be detrimental. Theory suggests that inflammation, irritable bowel issues and diabetes may be rooted in a disruption in the orchestration of the bacterial functioning.

There are aerobic (oxygen-loving) and anaerobic(oxygen-toxic) bacterial. One anerobic bacteria that has caused issues to medical patients are Clostridium species. Clostridium tetani is a species of bacteria that generates a toxin that impairs muscle functionality. Commonly, it is known as “tetanus” – and it is what the general population is vaccinated against and it is why we recommend not to give babies honey (the stable form of the bacteria (spores) can live in honey and then be activated when they enter the gut again).

Clostridium difficile is a gut bacteria. When it is a predominant gut source, the toxins produced within the gut can cause a terrible diarrhea and compromises electrolyte balance. When present in proper, controlled-amounts, this bacteria harbors benefits, reducing the sugar balance in the colon. However, imbalanced, the human health suffers.

We strive for balance in our relationships, our lives and clearly in our gut. The connection of gut bacteria and its role in disease including fertility are continuing to be explored. The microbiome and the interplay of bacteria and their role in disease and healthful states has started to be studied and hopefully will hold key clues to controlling disease states of immunity, metabolic disease and possibly components of fertility.

If you have questions, please contact us. We are here to help.