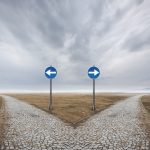 Women having IVF are at increased risk for obstetrical and neonatal complications. When deciding between ICSI and conventional IVF, we are often asked is ICSI safe? Most agree that increased complications are not due to the procedures themselves but rather due to inherit risk factors in women and couples having IVF that are different than the risk in more fertile couples.

A recent study published February, 2018 in ‘Obstetrics and Gynecology’ found that the incidence of preterm delivery and low birth weight babies was similar between pregnancies conceived with ICSI and conventional IVF using standard insemination techniques. The authors concluded that, “..the method of fertilization is not associated with preterm delivery or low birth weight among neonates conceived with ART.” They further added, “Previously reported differences in outcomes were likely secondary to baseline characteristics rather than the fertilization procedure itself. These data can be used to reassure patients who are deciding between ICSI and conventional IVF.” (ObsterGynecol.131:263, 2017)

ICSI is a safe procedure and can be used to maximize fertilization of oocytes thereby enabling the development of more embryos for couples needing IVF.

If you have questions and would like to talk further about your options, please contact us! We are here for you.