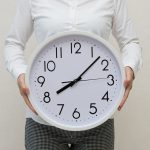 Reproductive capacity is an age dependent process and is influenced by different conditions, some genetic and many not. The idea of fertility preservation may, in fact, be a misnomer and incorrect label; because it is reproductive capacity that is hoped to be preserved. The cryopreservation of gametes does not ensure the ability to become pregnant in the future; but it affords the highest potential.

Traditionally, with gonadotoxic treatments (such as cancer), the attempt to preserve gametes becomes a fundamental issue. Much of the emphasis has been placed on cancer treatments and goals for men and women alike, cryopreservation of sperm or oocytes and embryos.    However, perhaps other patients should be considered in gamete preservation. Namely, patients who have other pathologic conditions or who will receive gonadotoxic conditions that are not necessarily cancers.

The gonads are particularly sensitive to agents afforded in many cancer treatments. Prior to treatments, however, many cancers are associated with decreased semen quality and impaired ovarian function. However, the main cause of the infertility that arises after cancer diagnosis, stems from the chemotherapeutic agents used. In particular, alkylating agents and pelvic radiation affect many aspects of reproduction – pubertal development and hormonal production, spermatogenesis and reduction in ovarian reserve.

In males, the spermatogonia (precursors of sperm) are incredibly sensitive to chemotherapy and radiation therapy. The effect is often dose-dependent. However, sensitive they are to these factors, the precursors display an amazing ability to rebound. The sperm life cycle is approximately 6 weeks through development. If the precursor cells are not completely depleted, these survivors often retain reproductive potential.

However, chemotherapy and radiation are less forgiving to women. Sadly, and in many cases, the effects of these treatments are permanent to the female reproductive system. Ovarian damage is dose and chemical dependent and the ovaries demonstrate more susceptibility as they age.

So, what is a person to do? Women’s first line approach is the possibility to quickly preserve oocytes through an IVF cycle and for men, to cryopreserve sperm if feasible. However, sometimes, the illness themselves can negatively impact these outcomes.
Time is of the essence. Thankfully, with consent for treating oncologists, IVF cycles can be established and managed within weeks so chemotherapies are minimally-delayed.