Does Endometriosis Cause Infertility? 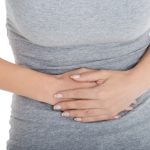 Endometriosis is a common condition in women often associated with pain and infertility. It occurs when tissue that normally lines the inside of the uterus (endometrium) grows on the outside of it, mainly in the pelvis, ovaries and abdomen. Monthly hormonal changes can produce inflammation leading to pain and infertility due to the tissue itself or to the body’s reaction to inflammation by causing scarring around the reproductive organs, intestines, and other structures within the pelvis. Does endometriosis cause infertility?

The cause of endometriosis is unknown, although, many theories have been proposed. The most popular theory of what causes endometriosis is retrograde menstrual flow in which tissue shed during the period flows into the pelvis. Another plausible theory involves a genetic predisposition influenced by hormones or other signals causing a reaction of cells lining the pelvis, within the ovary, or elsewhere to differentiate into tissue that looks and acts like endometrium. Endometriosis is not a sexually transmitted disease nor is it caused by an infection.

When Do Endometriosis Symptoms Start?

Regardless of the etiology of endometriosis, pelvic pain is the most common symptom occurring before, during, or after menstrual periods, or with, or after intercourse. Other common symptoms include lower back pain, fatigue, intestinal cramping, heavy bleeding with periods, and spotting between, or shortly before periods. Pain or bleeding with bowel movements or on urination may less commonly occur. Some women with endometriosis have no symptoms and only become aware of it when they have trouble becoming pregnant.

How is Endometriosis Diagnosed?

The only definitive way to diagnose endometriosis is by having an outpatient surgery procedure called laparoscopy. This is a minor operation in which a reproductive surgeon looks inside the abdominal-pelvic cavity with a special camera.

Is There a Cure for Endometriosis?

There is no cure as yet for endometriosis other than removing the source of its growth which is estrogen. Symptoms may be ameliorated by medications such as ibuprofen or naproxen which may reduce the inflammation and pain accompanying endometriosis. Continuous birth control pills, patches, or rings may shrink endometriosis tissue providing pain relief. Injections of leuprolide acetate can stop estrogen production by the ovaries thus shrinking endometriosis as well. Often when using leuprolide acetate a small dose of estrogen is given as ‘add-back’ to prevent the adverse side effects caused by lack of estrogen. These therapies can not be used when attempting pregnancy. In truculent cases, surgery may be necessary.

Treatment decisions are more complex for those with endometriosis who are having difficulty becoming pregnant. In mild cases, coordination of intercourse with ovulation may be all that is necessary. Laparoscopic surgery for endometriosis in some cases may also facilitate pregnancy, although recurrence of endometriosis usually occurs within a year of surgery. For moderate and severe endometriosis, more advanced fertility treatments are often needed including in vitro fertilization (IVF).

In the past, surgery was thought to be needed for endometriosis prior to having IVF, especially if endometriosis involved the ovary in the form of growths or large cysts called endometriomas. Recent evidence suggests that removing endometiomas prior to having IVF may remove too many small follicles potentially lessening the chance for pregnancy with IVF. Currently, most fertility specialists suggest laparoscopy prior to IVF only in an attempt to ameliorate pain. In cases where pregnancy is desired and the pain of this disease is not excessive, proceeding directly to IVF without prior surgery may afford the best chance for pregnancy.

Endometriosis is associated with both physical and emotional distress, especially for women having difficulty becoming pregnant. If you have more questions on endometriosis and fertility, please contact us to set up your consultation.

Endometriosis May Cause Infertility

Read more about Do Women With Endometriosis Have Lower IVF Success Rates?