“Decreased Ovarian Reserve”: Is there a “best test”? 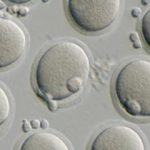 The American Society of Reproductive Medicine (ASRM), the professional committee for experts in reproductive endocrinology and infertility medicine, put out a committee opinion this month on testing and interpreting measures of ovarian reserve. A woman’s eggs, or oocytes, are the greatest when she is a fetus and decline in number as she ages. Ovarian reserve is a term that simultaneously refers to the quality and quantity of a woman’s eggs as well as her ability to become pregnant. Unfortunately, nothing has been discovered that can delay the process of egg aging and loss, including hormonal treatment, other medications, or pregnancy.

When a woman goes to her OB-Gyn wondering about her fertility, often the first tests that are done are tests on the blood for hormones associated with the normal female menstrual cycle – estradiol (a form of estrogen) and FSH (follicle-stimulating hormone), which are measured on day 2, 3, or 4 of the menstrual cycle. The committee opinion recently released by ASRM states that a high FSH is a test strongly associated with failure to conceive with IVF assistance, but must be interpreted carefully in the context of a woman’s age (high FSH in a woman’ in her late 20s does not mean the same as a high FSH in her early 40s). According to the opinion, “although FSH rises with increased reproductive age, it remains unknown whether high FSH levels in women of reproductive age predict an earlier onset of menopause.” FSH continues to be the most commonly used screening test for decreased ovarian reserve.

Estradiol has also long been used in early infertility evaluations and tends to increase as women move towards menopause. According to ASRM, estradiol should NOT be used as the ONLY test to diagnose a woman with decreased ovarian reserve, but remains very useful when tested at the same time as FSH.
Newer tests include antral follicle counts, anti-Mullerian hormone (AMH), inhibin B, and ovarian volume. An antral follicle count measures the areas of the ovaries where eggs develop. This involves an ultrasound where a skilled provider counts all of the antral follicles in both ovaries during the early part of the menstrual cycle. A low antral follicle count (less than 10 total follicles), like FSH, is associated with failure to conceive with IVF assistance. A relatively new blood test performed on woman during evaluation for infertility is the anti-Mullerian hormone (AMH), which, unlike FSH and estradiol, does not tend to vary in number from menstrual cycle to menstrual cycle. ASRM’s committee opinion is that while there is increasing evidence to suggest that a low AMH level is a good marker for decreased ovarian reserve, more research needs to be done. Finally, there is good evidence to suggest that testing inhibin B in a woman’s blood, measuring a woman’s blood after 5 days of treatment with clomiphene citrate (Clomid challenge test), and measuring women’s ovarian volume using ultrasound are NOT useful tests to say that a woman has decreased ovarian reserve.

Despite newer tests of ovarian reserve, the old standard of Day 3 FSH and estradiol, along with an antral follicle count, seem to be the “best tests” for ovarian reserve.

Have further questions on this topic? Contact us for a FREE initial consultation!
coauthored by Shannon Bell MD, Ob/Gyn Resident
Photo:  KYOTO UNIVERSITY/JIJI PRESS VIA AFP