Can Inflammation Cause Lack of Ovulation? 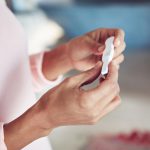 Can inflammation cause lack of ovulation? Inflammation is bad. The effects of inflammation are worse and compounding. The associations have been correlated to cardiovascular disease. But also we must consider other organs and systems, perhaps even more delicate. Insulin resistance and inflammation are now correlates. We know that impaired glucose tolerance not only boosts a fight or flight response in the cardiovascular system, but also in pancreas and other responding organs, (liver inclusive).

Is inflammation and namely insulin resistance, a component or root cause of lack of ovulation and part of the PCOS (polycystic ovarian syndrome)? The syndrome itself is heterogenous with a wide clinical spectrum with some patients with clear clinical presentations and other patients with the subtleties of the effects.

Patients with PCOS most often have elevated LH (leutenizing hormone levels) and elevated levels of androgens. The androgens are responsible for scalp-hair loss and body hair in places most often, unfavored.

Well-established was the correlate between circulating testosterone levels and elevated insulin levels. Metformin, a medication used for patients with Type II Diabetes allows the body to use the insulin present more efficiently. So, it was a natural connection to pair Metformin with patient’s who demonstrated symptoms of PCOS.

Many studies demonstrated that Metformin alone reduced insulin-resistance in women with PCOS and many of these women ovulated spontaneously. However, like many studies, these findings were not absolute. What remained controversial was the exact role of Metformin in the management of women with PCOS. Metformin worked for some women with PCOS for ovulation induction but not for others.

Controversy arisen may stem from the heterogeneity of the disease of PCOS. If we believe that Metformin alone, and evidence suggests, may increase ovulation in non-ovulatory women, then it is of benefit.

What remains to be answered is the root of the issue. If Metformin reduces inflammation and in turn, insulin resistance, will it afford a life-time benefit for the maternal-fetal unit, particularly in the environment of PCOS. Explore these preconception concerns with a fertility specialist. For information, contact us today!