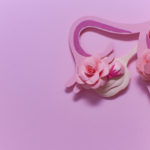 Uterine fibroids are associated with both infertility and miscarriage depending on their size and location. However, not everyone with fibroids, even large ones, will have difficulty. Uterine fibroids are benign growths of the uterus. They are derived from a single overgrown muscle cell. They are also called leiomyomas or myomas. They do not increase the risk of uterine cancer. The cause of fibroids is not well understood. There appears to be a genetic component and they grow in response to estrogen and perhaps even progesterone. Here are the most common questions on uterine fibroids and fertility that we receive.

The 3 Most Common Types of Fibroids

Which Kind of Fibroid Causes Infertility?

Fibroids are associated with infertility due to implantation difficulty and restricted growth leading to miscarriage. IVF success rates are decreased by fibroids especially if they are compromising the intrauterine cavity. Fibroids that do not interfere with the uterine cavity but are intramural and over 5 cm in diameter may also compromise fertility most likely due to interfering with uterine blood flow. Subserous fibroids do not appear to have a significant impact on fertility but may cause pain and discomfort. Preterm delivery and abnormal positioning of the baby within the uterus may be caused by fibroids.

What Is the Best Treatment for Fibroids?

At Fertility Centers of New England, many patients come to us because they are struggling with infertility and/or miscarriages. We are proud to have helped thousands of patients realize their dream of becoming a parent. If you have questions on uterine fibroids and fertility or you would like to schedule a an appointment, please contact us for a free initial consultation.