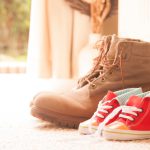 Let not the male counterpart be the forgotten part of the equation in looking at fertility health. The male influence does affect IVF outcome. In a report by Eisenberg et al, researchers have analyzed over 5000 IVF cycles over a ten year mark. They assessed IVF pregnancy rates as well as how the fetuses and babies faired regarding gestational age and birth weight, as well as, miscarriage rates.

There were significant differences noted in pregnancy that occurred where the father’s had systemic medical conditions. In particular, men with nervous system diseases had, on average, lower pregnancy rates and average live birth rates then men without. Additionally, lower egg fertilization rates (generating an embryo) were lower amongst men with both respiratory disease and musculoskeletal issues, although the differences were not greatly marked (64% vs 61%).  Furthermore, men with endocrine diseases had fathered children that weighed about 300 grams less than those born of fathers without endocrine issues. Men with mental disorders fathered children who were born at slightly younger gestational ages (36.5 weeks vs. 38weeks).

Now, it is true that as a group, men with infertility are more likely to have other medical conditions and it can be difficult to sort one from the other. Although this study found no significant association between the diagnosis of male factor infertility and men’s overall health, it does suggest that a man’s overall health (systemic health), may influence reproductive outcome.

To this end, it makes sense to optimize both partners health (reproductive and general) prior to embarking on planning conception – toward healthy parents and healthy babies. If you have questions, please contact us!