Recurrent Miscarriages Can Be Prevented 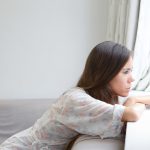 Recurrent miscarriage, or recurrent pregnancy loss (RPL), is defined by the loss of 2 consecutive pregnancies before 20 weeks gestation.  RPL is much less common than a single miscarriage, affecting less than 5% of couples.  There are a number of known causes of recurrent miscarriage which can be evaluated and treated by your doctor here at Fertility Centers of New England.

Sometimes, miscarriage is as a result of an anatomic abnormality in the shape of the uterus.  We evaluate this using a special x-ray of the uterus where we fill the uterine cavity with fluid, a procedure called a hysterosalpingogram, or with 3-D ultrasound or MRI. A septum in the uterus is a very common cause of RPL which can be easily fixed.

Another possible cause of recurrent miscarriage is endocrine (hormonal) imbalance.  Your doctor will send blood tests to look at your thyroid function, the level of a hormone related to fertility called prolactin, and a test for diabetes, as poorly controlled diabetes can lead to pregnancy loss.

Sometimes, miscarriage is due to a genetic problem with the growing pregnancy.  This is much more likely when a woman is over 35, and is much more common in sporadic, or random miscarriages than in recurrent pregnancy loss. In cases of RPL, the pregnancy tissue from a miscarriage can be tested to see if the loss is related to the mother’s or father’s abnormal chromosomes.  Both parents should also be tested for chromosomal abnormalities.  I have recently seen three couples where abnormalities were detected during such an evaluation. These patients were successfully treated with in vitro fertilizaiton (IVF) with genetic testing prior to implantation of an embryo in the woman.  This is referred to as preimplantation genetic diagnosis (PGD).

Less commonly, miscarriage is the result of blood clotting problems or an autoimmune condition.  There are certain criteria a couple needs to meet before testing for these is performed (i.e. not all couples with 2 pregnancy losses should be tested).  The American Society of Reproductive Medicine (ASRM) recommends screening for an autoimmune condition called Antiphospholipid Syndrome by checking lupus anticoagulant, beta-2 glycoprotein, and anti-cardiolipin antibody in patients who: (1) have had three consecutive unexplained miscarriages at less than 10 weeks gestation, or (2) have had the loss of a normal fetus at greater than 10 weeks gestation, or (3) have had one premature birth before the 34th week of gestation due to preeclampsia. Miscarriages due to these problems can also be prevented with proper treatment.

Finally, ASRM recommends that women be checked for mutations that increase their risk of forming blood clots – i.e. factor V Leiden, homocysteine excess, prothrombin gene mutations, and protein C, protein S, or antithrombin deficiencies – ONLY if they have personal history of a blood clot in a deep vein or they have a first degree relative with this history, again losses from these blood clotting abnormalities can often be prevented.

Close monitoring of early pregnancies by trained physicians, such as those at the Fertility Centers of New England, with office visits and ultrasounds in couples who have endured multiple miscarriages have been shown to reduce further pregnancy losses. Recurrent miscarriages can be prevented. If you are interested in learning more, please contact us. We can help and are here for when you are ready to try again.