Putting Your Biological Clock “On Pause” 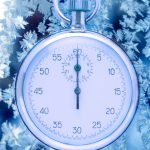 We recently attended an event in Boston that was hosted by EggBanxx. One of our physicians, Dr. Beth Plante, joined two other physicians from other practices, to speak on egg freezing and how it can help women who want to wait to have children. Boston Magazine wrote an article and misrepresented facts about egg freezing, which I would like to address.

As a nurse who has specialized in infertility for the last 26 years, I have cared for too many educated women over 40 who were unaware of the odds they faced when trying to conceive simply because of their age. Education about egg freezing is a very important step in to allowing women to conceive a child later. There can be no contesting of the fact that fertility declines as women age, and by age 35-39 a full 50% of women will have fertility issues if they try to conceive.

Sex education in the U.S. is focused on preventing unwanted pregnancies and sexually transmitted disease. We do a very poor job of educating women about the basic biology of reproduction. At the egg freezing event we attended, all three physicians who spoke emphasized the point that freezing eggs is like putting your biological clock “on pause” at the age that you freeze. This is an entirely appropriate analogy, and in fact and the whole point of freezing eggs. Live birth rates with frozen donor eggs, from egg donors age 21 to 30, averages around 65%! This speaks to the success of vitrification technology and the quality of eggs from young women. The unfortunate fact is that most women don’t even consider freezing their eggs until they are in their late 30s and, by then, it may be too late.

The EggBanxx message is not a message of fear. It is an opportunity for women to be educated and empowered to make a personal decision about their reproductive options in the same way that they may choose to contracept. Knowledge is power. If readers would like an unbiased, factual summary on egg freezing I suggest they read “To Freeze or Not to Freeze” in the June 2015 issue of O magazine. Boston Magazine unfortunately took an angle that physicians are pushing “fear” on women, rather than reporting on the facts that egg freezing is one of the best ways to extend your reproductive options to later than biology often allows. If you are interested in learning more about egg freezing, please contact us and we will be happy to answer all of your questions!