What Can Preimplantation Genetic Testing Tell You About Your Embryo? 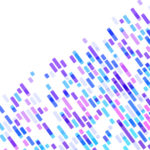 Patients often ask what can PGT tell you about your embryo that can increase chances of pregnancy? Well first, let’s start by defining what PGT is. PGT, preimplantation genetic testing, is the process of screening cells from embryos for genetic diseases and chromosomal disorders. This test is done in conjunction with in-vitro fertilization (IVF) before the embryo transfer and pregnancy is established. Various PGT tests can identify embryos with an abnormal number of chromosomes, or structural rearrangements that could prevent successful outcomes.

Can You Prevent Disease With IVF?

There is no doubt that PGT is a game changer. It has allowed us to eradicate disease. Parents who carry genes for disease (such as Cystic Fibrosis) can have CF-free children. The same is true for a host of other medical conditions. PGT-A can be used to screen and define embryos as having balanced chromosomes and right number of chromosomes (for instance, 46 XX and 46 XY). And, yes, in some instances the sex of the embryo can be revealed. But is it possible to screen embryos for the potential of acquired diseases – like metabolic syndrome, diabetes, hypertension and cardiovascular disease?

Diabetes is very different than cystic fibrosis. If you have mutations in both copies of the CF gene that affect how your body processes fluids (chloride channels), you will have cystic fibrosis. However, there is no current such on/off gene responsible for diabetes. We do acknowledge that many genes may influence someone’s predisposition to the disease, amongst other factors, such as lifestyle.

Currently, there are companies offering polygenic testing that test individual embryo biopsies and attempt to predict the likelihood of common acquired disease or even IQ. Theoretically, it is a grand idea. But does it hold water or sink? Spoiler alert – grab your life preserver.

The premise is based on a scientific paper from 3 years ago that looked at the genomes from about 300,000 people of European ancestry. Small changes in the genes, called variants, were associated with an individual’s performance on an IQ test. (We think there are 1,000 genes associated with IQ). So, if you had 4 embryos from the same couple, could you rate the embryos according to IQ score? The short answer is no, not reliably.

How can it be presumed that embryos that are related (siblings) be compared to a large population dynamic (Europe)? It cannot. To further compound the confusion, some of these genes in this pool of 1,000 associated with, say IQ, can also be associated with other conditions, like bipolar disease. It is called pleiotropy. Fortunately, science and genetics and genes and IQ have so many factors that truly creating a designer baby currently is not obtainable on the marketplace – it is a good thing.

What Are My Chances for a Successful Pregnancy With PGT?

Many factors go into a successful pregnancy, including age, the number and quality of your embryos, the results of biopsies, and other fertility-related factors. While pregnancy success cannot be guaranteed, a 60%-70% success rate can be expected with PGT.

The heartbreak of a previous lost pregnancy or the worry that you may be passing on an inherited disease can put added stress on a couple seeking fertility treatments. For…

Patients who have lost a pregnancy or worry that there is a genetic cause to their infertility consider genetic testing to improve the success of pregnancy. If you are trying…

BRCA1 (BReast CAncer) and BRCA2 are human genes known as tumor suppressors. Harmful mutations of these genes can be linked to an increased risk of breast and ovarian cancer. In…