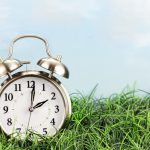 First pregnancies in women over 35 years of age are the highest percentage since statistics have been kept. First pregnancies in women over age 40 have also never been higher and due to innovations in the Assisted Reproductive Technologies (A.R.T. such as IVF and Donor Egg) have enabled women to become pregnant well after traditional child bearing age.

What mother-baby complications in older women exist? Both maternal and fetal complications increase as women age.  They are at increased risk for a variety of complications which are also seen in the general population.  These include chromosomal abnormalities (which donor egg largely eliminates), cesarean delivery and a very small increase in risk for maternal death. The risk of hypertensive disorders is approximately 10-20% and compares to a risk of approximately 5-6% for the general population. As many as 8-10% of women over age 40 will be diagnosed with gestational diabetes as compared to a 3% incidence in the general population. Beyond age 39 the risks of poor fetal growth, preterm birth, stillbirth and neonatal death also increase. As women age, their risk for first trimester spontaneous abortion also increases as does their risk of delivering a baby with a chromosome abnormality to approximately 2% by age 43, although donor egg using a young donor would obviate these risks.  The risk of maternal death increases approximately 4-6 fold for women over age 40 compared to women under age 30. However, a 4-6 fold risk of an extremely small number is still a very small number.  Even though all of these risks are greater as women age, the greatest probability is that these women will ultimately successfully carry a pregnancy and have a healthy baby.

If you have questions, we can help! Contact us for a consult!