Misconceptions Regarding Reproductive Health and Conception 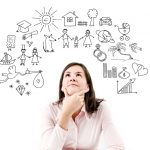 Recently, a population-based study was published by Lundberg et. al. that assessed and evaluated perceptions regarding fertility in reproductive-aged women. The participants were between ages 18-40 years old. Approximately 50% of these women already had children and a separate 50% of the population were contemplating having a first child or expanding upon their family. In the women surveyed, reproduction was clearly a concern.

Regardless of age, approximately 40% of women expressed some concern regarding their own fertility. Despite their concern for their ability to conceive, many of these women were not aware of the adverse implications of sexually-transmitted disease and how they may impede conception. Additionally, they did not express knowledge of the correlates associated with reproductive success – BMI (body mass index) lower than 35 and need for normal menstrual cyclicity.

There were some misconceptions that were pervasive. Forty percent of women believed that the ovaries continued to produce new eggs during the reproductive years. (It is the contrary, as a girl is born with all the oocytes that she will ever have.) Additionally, many women believed the certain positions during or immediately after intercourse promotes conception (so much for the one-hour pelvic tilt).

These data suggest significant misconceptions regarding reproductive health and conception. Many women have limited understanding of the ovulatory cycle and equate general health with reproductive success; (unfortunately, it is not always the case).

Given the prevalence of misconception, it is important that patients are able to access and identify trusted sources to discuss these reproductive-health issues.