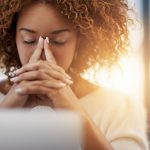 Anti-Mullerian Hormone or AMH is secreted by ovarian granulosa cells and is a useful marker for the ovarian response to gonadotropin stimulation in women having IVF. A recent study reported that low AMH levels are associated with miscarriage following IVF. The study, which was reported at the October 2016 meeting of the American Society for Reproductive Medicine in Salt Lake City, UT, stated that researchers found low serum levels of AMH predicted miscarriage after IVF. Low AMH was associated with a 33% miscarriage rate in women over age 34 which was about twice the rate of miscarriage among women with higher AMH levels. Among women younger than 34 years, low AMH was associated with a 22% rate of miscarriage compared with a 13% rate among women under age 34 with higher AMH levels. The number of oocytes obtained did not alter the relationship between AMH and miscarriage suggesting that altered per-follicle AMH production and not oocyte or embryo availability may increase pregnancy loss. However, no genetic studies involving chromosomal abnormalities of embryos or pregnancy losses were performed.

Close monitoring of early pregnancies by trained physicians, such as those at the Fertility Centers of New England, with office visits and ultrasounds in couples who have endured multiple miscarriages have been shown to reduce further pregnancy losses. Recurrent miscarriages can be prevented. If you are interested in learning more, please contact us. We can help and are here for when you are ready to try again.