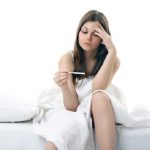 Ovulation is critical to achieving a natural pregnancy. Ovulation dysfunction is one of the primary causes of infertility. Clomiphene citrate (clomid) has been used for decades to induce ovulation in women unable to ovulate on their own so they may become pregnant. Clomid however has many adverse side effects. One such side effect is causing the uterine lining to develop poorly which may limit implantation and for cervical mucus to thicken limiting the ability of sperm access to the uterus. This is because Clomid can remain in the body for over a month after taking.

A newer oral medication, Letrozole (Femara) is used to treat breast cancer but in smaller doses (2.5 mg taken by mouth Cycle Day 3-7) Letrozole may induce ovulation and has been used to treat anovulation and unexplained infertility. Although not as effective as IVF for the treatment of infertility, ovulation induction using letrozole is more effective than clomid for treating anovulatory infertility especially in women with polycystic ovarian syndrome (PCOS) who have a Body Mass Index (BMI) greater than 30 kg/m2.  The ovulation rates for letrozole versus clomid are 61% and 48%. The live birth rates for letrozole versus clomid are 27% and 19%.  For women with PCOS and a BMI of 30 kg/m2 or greater, letrozole is about twice as effective as clomid.