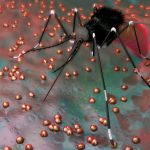 The Department of Health and Human Resources through the Centers of Disease control has issued a travel warning regarding the Zika virus to pregnant women and couples contemplating pregnancy to the Miami-Dade County areas of Florida. It is not clear how far Zika and reproductive health have been affected. Further, it remains unknown whether the mosquito (Aedes aegypti) carrying this virus will spread. However, the range of this mosquito within the Untied States is along the Gulf Coast and the Southern United States all the way West to Southern California and along the East Coast as far as Maryland.

Experts have speculated that this mosquito borne devastating virus may spread throughout these regions causing great consternation to pregnant women and those wishing or trying to become pregnant. Zika and reproductive health are continuing to be studied.

Many fertility centers in Zika infested areas of Central and South America are advocating egg freezing to those not yet pregnant but desiring to become so. It is not known weather this virus can be successfully removed from the semen of Zika-infected men, but like with HIV it most likely is not incorporated into the genome. This would allow embryo freezing following an IVF/ICSI procedure.

The Fertility Centers of New England has a long and proven track record of successful pregnancy following egg and embryo freezing. Until the Zika outbreak has been brought under effective control, women contemplating pregnancy should avail themselves of these innovative assisted reproductive technologies.