What Are the Impacts of Consuming Alcohol During Early Pregnancy? 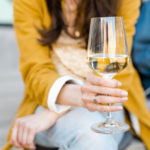 Drinking during pregnancy is associated with harm in exposed offspring, but what are the impacts of consuming alcohol during early pregnancy before pregnancy is known?

In the largest study of its kind, which was published in the British Medical Journal (BMJ), researchers revealed that moderate alcohol consumption does not affect a woman’s ability to conceive but that higher levels of alcohol consumption might lower their chance of conceiving.

A Danish and American team of scientists studied 6,120 Danish women ages 18-40 who were trying to conceive; they followed these women for over 9 years (69% of women being studied conceived). The women in the study were not necessarily infertile women, but simply women in a stable relationship who were trying to get pregnant.

The study revealed that women with low-moderate alcohol consumption (1-13 four ounce glasses of wine/week or its equivalence in beer or spirits) were just as likely to conceive than those who did not drink any alcohol. Heavy drinking, defined as 14 glasses of wine or more per week was associated with an 18 percent decrease in fertility.

The studies’ authors write that fertility was not affected by alcohol consumption at moderate levels. Those with moderate consumption of beer or wine showed no decrease in fertility while there was a slight reduction in fertility among women who drank only hard liquor.

There have been many studies that have looked at the question of alcohol consumption and fertility. Results have been all over the place with a few studies showing any level of alcohol intake lowers fertility and then some studies showing an increase in fertility with light to moderate alcohol intake. Of note, many of these studies had fewer that 200 women enrolled. However, many studies have shown what this study has shown that light to moderate alcohol consumption does not lower fertility.

It is still important for women to abstain from alcohol during their “fertile window” and second half of their cycle until a pregnancy has been ruled out. Certainly alcohol consumption in early pregnancy can have major effects on the early fetus. However, if a woman is tracking her cycles, and knows when her fertile time starts, it is not unreasonable to have a glass of wine a few times per week as long as it is not during ovulation when trying to conceive.

If you have more questions on what are the impacts of consuming alcohol during early pregnancy or you are experiencing difficulty getting pregnant, please contact us for a free initial consultation. We are here to help.

Can Alcohol Affect the Ability To Conceive While Undergoing Infertility Treatment?

At Fertility Centers of New England, we do everything we can to help our patients achieve successful, healthy pregnancies. One part of that is identifying the right infertility treatment to…

Read more about Can Alcohol Affect the Ability To Conceive While Undergoing Infertility Treatment?
Diet and Lifestyle Issues While Attempting to Conceive

Although a healthy lifestyle, including exercise and proper diet, is important for general health, it is not necessary to abstain completely from caffeine and alcohol while trying to conceive. On…

Many factors associated with infertility are beyond your control. In fact, one in six couples attempting pregnancy will have difficulty achieving pregnancy. It is also important to know that infertility…