What is the Best Option for Long-Term Weight Loss? 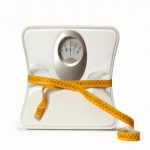 Many diets are promulgated in the media but few have been rigorously tested scientifically. A recent study published in the “Annals of Internal Medicine” and reported by both Reuters and the Los Angeles Times reviewed 11 different commercial weight loss programs to determine which gave people the best option for weight loss. These programs included Weight Watchers, Jenny Craig, Nutrisystem, Health Management Resources, Medifast, Optifast, Atkins, Slimfast, the biggest Loser Club, and eDiets. The authors found that Jenny Craig and Weight Watchers resulted in sustained weight loss over the 12 month study period.  The authors of this study from the Johns Hopkins University School of Medicine stated that “Dieters who used Jenny Craig program lost 4.9% more weight after one year than their counterparts who only got dieting education or behavioral counseling.” They further concluded that “…the high cost (Jenny Craig) may be prohibitive to some people so that Weight Watchers may be the most cost-effective option.” This study may not be surprising since Weight Watchers promotes discipline in what, when, and how one eats. Discipline especially in terms of portion control of healthy nutritious food provides the most benefit which helps one lead a healthier life-style.