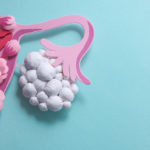 Polycystic ovarian syndrome (PCOS) is a very common medical condition among women of reproductive age. It is often caused by metabolic abnormalities and leads to irregular menses and infertility. Despite its name, PCOS is not primarily a problem in the ovaries but a lack of proper communication between the brain and the ovaries. It is common that pre-diabetes and elevated insulin levels play a role in most cases of PCOS. If you have been recently diagnosed it is important to understand your treatment options for polycystic ovarian syndrome (PCOS).

Women with PCOS have symptoms that include irregular menses, increased facial and abdominal hair growth, or acne. There is no cure or treatment options for polycystic ovarian syndrome (PCOS) that will make it go away entirely, however, there are ways to manage the symptoms. If a woman is not trying to conceive, often treatment with oral contraceptives will help regulate menses and decrease any abnormal hair growth. Glucose reducing medication can help with some of the metabolic abnormalities for women who are experiencing PCOS. Very often women with PCOS who are obese or even normal weight may show evidence of insulin resistance. These patients can benefit from a drug called Metformin.

In women with PCOS who are trying to conceive, there are two ovulation inducing agents that are often used. One of these medicines is prescribed to take orally for five days and try to trick the brain into sending proper signals to the ovaries. For decades a medicine called clomid was used for women with PCOS. However, a new medication called letrozole is more frequently used as it has fewer side effects and a lower chance of twin pregnancy. Sometimes Metformin is used to help ovulation, as well as, another medication called dexamethasone.

If oral medications as a first-line therapy are unable to help a patient ovulate, injectable medications such as Gonal-F or Menopur are used. These medicines bypass the brain and directly stimulate the eggs in the ovaries to mature and another medication that is prescribed called hCG causes the eggs to mature and be released. Although clomid and letrozole are sometimes utilized by general OB/GYNs, the use of Gonal-F or Menopur are utilized more commonly by reproductive endocrinologists.

At Fertility Centers of New England, patients come to us because they are struggling with infertility and/or miscarriages. If you have more questions treatment options for polycystic ovarian syndrome (PCOS), please contact us for a free consultation.

Do Irregular Periods Mean You Have Polycystic Ovarian Syndrome (PCOS)?

A recent meta-analysis of 12 randomized clinical trials analyzed pregnancy rates amongst women with polycystic ovary syndrome (PCOS) who were overweight and going through fertility treatment. This study found that…

September is PCOS Awareness Month! In order to learn more about this important condition, let’s discuss some common assumptions about Polycystic Ovary Syndrome (PCOS). Here are the real facts about…

Read more about The Real Facts About PCOS