The Effects of Medication Used for Treating ADHD During Pregnancy 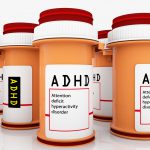 A recent large study published in the Journal of American Medical Association-Psychiatry looked at the effects of medication used for treating ADHD during pregnancy, specifically, the association between medication used for treating ADHD during pregnancy and congenital malformations. Patients who were using methylphenidate and amphetamine during pregnancy, commonly prescribed as Ritalin and Adderall, in the first trimester of pregnancy were not found to have an overall increase in congenital malformations. However, a 28% increase risk of a congenital heart malformations was seen in patients who were taking methylphenidate (Ritalin).

This recent study published in JAMA-Psychiatry studied 1.8 million pregnancies in the U.S. and 2.5 million pregnancies in Scandinavia. Analysis of this data revealed a 28% increased risk of cardiac malformations associated with the use of methylphenidate;  this medication did not cause an overall increase of malformations. The use of amphetamine medications, commonly prescribed as Adderall, did not show an increase risk of overall or cardiac malformations. Another study published in 2017 revealed that babies exposed to these medications in the womb (in utero) had a higher incidence of admission to the neonatal intensive care unit, increased risk of seizures and decreased muscle tone.

In addition to the risks of taking these medications while pregnant, there are risks of stopping the medication quickly, including withdrawal symptoms, severe depression, and even suicidal thoughts. In light of these studies, patients on any medication for ADHD, and particularly patients on methylphenidrates, need to have a comprehensive discussion with their prescribing physician prior to conceiving. They need to weigh the benefits and risks of remaining on this medication in early pregnancy.

If you have questions about what medications are safe to take, please contact us!