The Declining Birth Rate in the United States 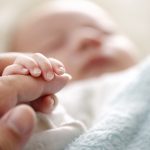 Although fertility rates among women trying to conceive have declined over the last 30 years, there is no evidence that there continues to be a significant decline in fertility. Certainly increased obesity, changes in the environment, and delay in attempting to have a child are some of the causes of decreased fertility rates.

Socioeconomic Causes of the Decline
However, there may be many socioeconomic causes of the decline in the overall birth rate; these include better use of contraceptives among younger women, delay in trying to conceive among young women, and financial factors, as well. The birth rate among women in their teens and early 20s has shown the greatest decline. This may be related to better use of contraception including long acting contraceptives leading to a significant decline in unwanted pregnancies among teenagers. Also, the decline in birth rate among women in their early 20s may also be due to a conscious effort to delay childbirth till their late 20s and 30s. Of note, the birth rate for women between 35 and 44 has continued to show a steady increase.

Lingering Effects of the 2008 Recession
Economists also believe that the decline in birth rates may be due to the lingering effects of the great recession in 2008. Many young couples in their 20s and 30s do not believe they have the financial resources to have a child. Many of them have had to delay marriage, and have not been able to purchase a home which are often seen as things to do prior to attempting to have a child. Many young couples, who are busy paying off one or two college loans, and can barely afford housing and living expenses are choosing to delay having a child, or choosing not to have children.

Who Should Seek Help
Although the birth rate has shown a steady decline in the last four years to the lowest level in decades, infertility among women trying to conceive has not dramatically increased over the same time period. That being said, certainly women under the age of 35 who have been trying to conceive for one year or women 35 or older who have been trying to conceive for 6 months or longer should see a reproductive endocrinologist; this specialist in infertility will complete an evaluation to discover possible reasons for not conceiving and offer state-of-the-art treatments which can help most infertile couples to achieve their goal of having a child.

If you are having trouble getting pregnant, please contact us. We can help.