Preservation of Eggs and Sperm 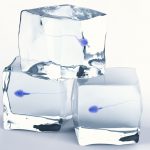 Preservation of eggs and sperm is now a component of the discussions in women and in men who wish to preserve their reproductive capacity. Our ability to cryopreserve and reliably use these oocytes in an efficient manner that produce children has paved roads for both medically indicated and social gamete preservation.

But what about those individuals stricken by systemic disease? Why should they not be afforded the same considerations? There are non-oncologic conditions that should be considered.

Autoimmune disease, in themselves, may affect the gonads greatly. SLE (Systemic Lupus Erythematous) and some aggressive inflammatory bowel diseases may affect fertility as the inflammatory process may microscopically erode sensitive gonadal tissue. These autoimmune disease respond well to alkylating agents (a type of medicine); but these same agents irreversibly mar the ovary. Men with SLE can demonstrate Sertoli cell dysfunction (sperm generation cells).

Additionally, patients with hematopoietic stem transplants, as used in treatments for both oncologic and non-oncologic, but systemic diseases, have higher rates of ovarian (60-85%) and testicular (50-90%) failure. The failure is a function of the chemotherapy and radiation therapy needed to facilitate the stem transplant to take and destruction of the diseased bone marrow.

Ovarian failure can occur from a genetic origin as well. Examples include Turner’s syndrome (45X0) where a genetic chromosomal component is missing, Fragile X (genetic disease) and chromosomal translocations (chromosomes stick together when normally separate).  Endometriosis, a disease of displaced endometrium, can also act to erode ovarian tissue and operations to relieve its effects may compromise the integrity of the ovary itself.

Men are not immune to genetic carriage issues. Klinfelter’s syndrome, an alternate arrangement of chromosomes, is responsible for > 90% cases of azoospermia. Generally, embryo, sperm and oocyte cryopreservation are first line defenses when allowable.

In all of these cases, persons of child-bearing age are served to obtain information from their treating providers and to explore avenues of reproductive care and gamete preservation with fertility specialists. If you have questions, we are here to help. Please contact us for an initial consult!