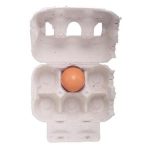 Ovarian reserve is a term that is used to determine the capacity of the ovary to provide eggs that are capable of fertilization resulting in a successful pregnancy. Several noninvasive ovarian reserve markers have been proposed to assess ovarian reserve including serum levels of follicle stimulating hormone (FSH), serum anti-mullerian hormone (AMH), luteinizing hormone, estradiol, the luteinizing hormone/FSH ratio, clomiphene citrate challenge test (CCCT),  inhibin B, and sonographic variables such as the mean ovarian diameter, the ovarian volume, the antral follicle count (AFC), and the peak systolic velocity (PSV) of the ovarian artery. Among these tests the most sensitive markers seem to be the AMH and AFC. Factors associated with a low ovarian reserve include age, smoking, endometriosis of the ovary, ovarian surgery and familial premature menopause.