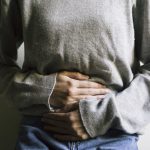 Many women with PCOS and borderline diabetes are prescribed Metformin for control of glucose levels as they are attempting to conceive. There have been a number of studies that show use of this medication can increase fertility and decrease the risk of of an early miscarriage. A study presented at the annual Endocrine Society meeting revealed that 2000 mg daily of Metformin can decrease the risk of late miscarriage in women with PCOS and also lower the risk of premature birth by almost half.

The researchers studied 487 Scandinavian pregnant women with PCOS with an average age of 29. In addition to finding the decrease in premature labor by 50%, the researchers also found that the patients on Metformin gained less weight during the pregnancy. This was clinically important as the average BMI of these women was 29, overweight, and close to the diagnosis of obesity. However, the researchers did not find that using Metformin decreased the risk of developing gestational diabetes. The researchers were hoping that Metformin would lower the risk of diabetes of pregnancy.

Metformin use has become a very common medication used by reproductive endocrinologists and other physicians in treating women with PCOS and borderline diabetes. In addition to the benefits of a decrease in early miscarriage and an increase in fertility, this study has shown that women treated with Metformin are also at lowered risk of a late miscarriage (after week 12 of a pregnancy) and premature births (delivery at less than 37 weeks of pregnancy). it does appear that women prescribed Metformin should consider continuing use during their pregnancy.

If you have a diagnosis of PCOS or have more questions, please contact us! We are here to help you find the best treatment to fit your needs.