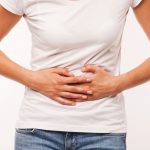 You have tried for months and sometimes even years to conceive only to find that once that sought after pregnancy you have worked so hard to achieve finally occurs, it is associated with nausea and vomiting every morning sometimes even before you know you are pregnant.

Morning sickness, medically known as hyperemesis gravidarum or HG, is nausea and vomiting in early pregnancy. The stimulus for nausea is produced by the placenta rather than the fetus and occurs within the first 4 weeks of the last menstrual period (LMP). It usually becomes most severe at 9 weeks of gestation and generally goes away by the end of the first trimester. The good news is that nausea and vomiting in pregnancy are associated with a decreased risk of miscarriage. The bad news is that for some women, this condition can be debilitating.

Managing morning sickness can be trying. The first step is to watch what you eat and modify activities. Of course most suffering morning sickness will not feel like eating anything which could be a problem if you start losing weight. Nutritional steps include:

2)      Eat frequent small meals that are low in fat and high in protein;

4)      Eat foods containing ginger which may help calm down nausea and vomiting;

5)      Drink liquids between meals rather than with meals;

Your activities should be modified to include:

1)      Get out of bed slowly because sudden movement could make you dizzy and feel nauseated;

3)      Take short walks in the fresh air and sleep with the window open or with a fan;

For those where the measures above are not effective, medications may be needed especially in cases where nausea and vomiting become debilitating. The only drug specifically approved for morning sickness in pregnancy is Doxylamine plus Vitamin B6 or Pyridoxine under the brand name Diclegis. Diclegis is a Category A medication as identified by the FDA indicating that there is no risk to your pregnancy and is therefore the drug of choice in treating morning sickness. If this medicine is not effective then another medication called metoclopramide, brand name Reglan may be used. Reglan is a dopamine antagonist that is classified by the FDA as a Category B drug indicating that not enough is known whether it is harmful to pregnancy or not. Although, studies to date do not seem to suggest that it has any adverse side effects in pregnancy except for a rare disorder known as tardive dyskinesia.  If this drug, too, is ineffective, there are very poor choices left. One is Ondansetron known as Zofran which is a serotonin-e receptor antagonist that blocks serotonin in the central Nervous System. Zofran is also a Category B drug although recent associations with congenital cardiac defects  have caused the FDA to issue a warning that this medication should not be used in pregnancy.