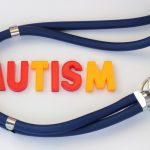 Concerns persist about a possible link between infertility and risk of ASD. Interpretation of existing studies is limited but a relatively recent study funded by the NIH using a case-control design found no evidence to support an increase in risk of ASD associated with infertility. Both insufficient and especially excessive maternal weight gain during pregnancy were associated with ASD in a large study from Sweden. Another Swedish study observed a modest increase risk of autism in the offspring of mothers with polycystic ovarian syndrome (PCOS).

Prenatal exposure to SSRI Antidepressant medications during the last 6 months of pregnancy has also been associated with an increased risk of autism.

Research supported by Autism Speaks including over 30,000 children with autism found that paternal age, maternal age, and parental age gaps all influence the risk of autism independently. The higher risk associated with fathers over age 50 implies that genetic mutations in sperm known to occur as men age may influence the development of autism. Male factor infertility especially in men requiring testicular sperm extraction followed by intracytoplasmic sperm injection (ICSI) has also been associated with a higher risk of autism. It is unlikely that it is the procedure itself that increases the risk of autism but rather risk factors underling the reason for having to do sperm extraction and ICSI. Whether the modest increased risk of autism outweighs the enormous benefit of having a child must be weighed by each individual but do speak with your doctor and follow their advice on achieving a healthy pregnancy.