ICSI and the Risk of Birth Defects 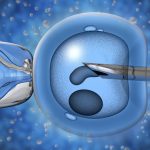 “IVF TURMOIL OVER SHOCK REPORT INTO BABY DEFECTS” was the headline of THE MAIL ON SUNDAY, a newspaper published in the UK, 6 May, 2012 in response to a recent study published in the New England Journal of Medicine (2012:doi,10.1056) reporting that Intracytoplasmic Sperm Injection (ICSI) causes a higher degree of birth defects than standard insemination in IVF. The study’s lead author, Professor Michael Davies from the University of Adelaide in Australia is quoted in this UK newspaper, “We know from the study that standard IVF is safe. But we also know that with ICSI, the risk is sky high.” Such an emphatic statement was based on he and his colleagues study of 30,000 births in South Australia over 16 years, including 6,100 resulting from fertility treatments. It found 8.3% of babies born from any fertility treatment had some defect, compared with 5.8% of those conceived naturally. When they took into account other factors such as smoking, standard IVF was no more risky than natural conception. In contrast, babies conceived using ICSI had a higher risk of defects even after these factors were taken into account. Of 939 single babies born following ICSI, 91 (9.9%) had a birth defect. The researchers said in general ICSI babies were 57% more likely to have an abnormality than those born after IVF using standard insemination or those following natural conception.

Professor Davies and colleagues, however, failed to differentiate between those having ICSI who had and did not have severe male factor infertility. This is a very important caveat that the reviewers at the NEJM failed to have Professor Davies address. Without this information a definitive statement cannot be made regarding whether ICSI causes birth defects or not as men with severe sperm abnormalities may be expected to father more babies with birth defects due to defects with their sperm. Until such studies are performed that differentiate this caveat and are reported, zealous remarks and sensationalistic media releases should be tempered. More studies are needed regarding safety issues and the long term effects of the Assisted Reproductive Technologies (ART). These studies, however, must be meaningfully designed so that definitive conclusions can be drawn enabling cogent recommendations.

ICSI has allowed many men with severe male factor infertility who otherwise would be forever sterile the opportunity to potentially become fathers of their own genetic children. For those without male factor infertility, ICSI maximizes fertilization potentially enabling more embryos so that the one embryo most likely to make a healthy baby can be selected for transfer.

ICSI is a highly complex procedure requiring more skill, manual dexterity, and resources than needed in standard insemination. The fact that ICSI is generally more expensive to perform has prompted some cynics to speculate that ICSI is recommended to drive up costs for an already expensive procedure. At the Fertility Centers of New England the price to self pay patients having IVF is the same whether ICSI is performed or not. Our $8,000 global fee for IVF includes all monitoring at one of our facilities, egg retrieval, anesthesia for egg retrieval, ICSI, if desired, all embryology, embryo transfer, and a subsequent pregnancy test. Our high pregnancy success rates further enables us to offer that if pregnancy does not occur after two IVF cycle attempts then the third would be provided for free; a fact that has made us one of the most cost competitive IVF centers in the United States.

Have more questions? Come talk with us.