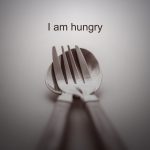 New information on hunger neurons and fertility just released in a study published in the Proceedings of the National Academy of Sciences (PNAS) by researchers from the University of Washington School of Medicine shows how the body’s nutritional status is communicated to the endocrine system.

It has long been known that during times of nutritional stress women suffering malnutrition become infertile. Similarly women on very restrictive caloric diets especially when combined with strenuous activity also have reduced fertility. “Hunger neurons” located in the hypothalamus of the brain trigger a number of responses to what the body perceives as starvation. One of these responses is to down regulate or turn off Gonadotropin Releasing Hormone (GnRH) secretion ultimately resulting in low estrogen production, no oocyte development and anovulation which shuts down the menstrual cycle thus inhibiting the ability to become pregnant.

The relationship between the percentage of necessary body fat enabling fertility has been recognized since prehistoric times and is an evolutionary component in mammals enabling the body to conserve energy in times of stress and lack of food.

At the Fertility Centers of New England, we will be your side every step of the way customizing a personal treatment plan that’s right for you. If you have more questions, contact us.