‘Healthy Obesity’ is a Myth 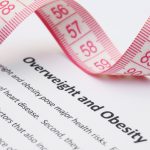 Obesity is defined as a body mass index (BMI) greater than 30 kg/m2. Obesity has reached epidemic proportions throughout the world and especially in the United States.  Obesity is associated with a myriad of metabolic diseases from hypertension, diabetes to certain types of cancer. The association between obesity and reproductive difficulty and complications of pregnancy is also well known. Despite this information many people with obesity deny that they have a medical problem as long as they don’t have hypertension or diabetes.

The authors concluded that the natural course of healthy obesity is progression to metabolic deterioration over time. Therefore it is imperative for long term health to achieve a BMI < 30 kg/m2 and the short term benefit of losing weight for obese women suffering infertility or recurrent miscarriages is that doing so will diminish their risks for further reproductive failure.