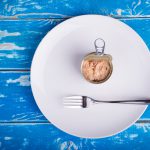 A report by the Environmental Working Group found that Federal guidelines on fish consumption for pregnant women don’t go far enough to protect their fetuses from mercury. Ingestion of mercury, which occurs primarily with high consumption of certain fish, can harm the developing brains of fetuses and young children. The FDA approved safe fish are salmon, shrimp, pollock, tilapia, catfish and cod. The FDA has felt that canned light chunk tuna in limited amounts was generally safe, while canned white tuna had higher levels of mercury and that its intake should be limited by pregnant women.

A recent study compared women who followed FDA guidelines for fish consumption with women who avoided nearly all fish. Women who ate a diet high in the FDA approved fish had significantly higher mercury levels and those who avoided most fish. The Working Group has pressured the FDA to add additional fish to their list of fish to be limited in a pregnant woman’s diet. The FDA has suggested all pregnant women avoid tilefish, shark, swordfish and mackerel because of high mercury levels. They have also suggested that white tuna be avoided as well; these are end of the food chain fish which concentrate mercury in their tissue.

Subjects in the study consumed large amounts of “safe” tuna, including tuna steaks and sushi. They also did not limit their intake of halibut, snapper, sea bass, and grouper. The Working Group feels that all these fish should be added to the list of fish to be limited in pregnancy. “The FDA responded in a statement, “We’ve taken comments into consideration… and we will update our advice.” For now, pregnant women should consider limiting all forms of tuna and many other fish and substitute salmon, shrimp, pollock, tilapia, catfish and cod.