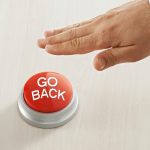 Vasectomy is an elective surgical sterilization procedure involving removal or obstruction of a portion of the vas deferens preventing sperm from being transported from the testicles to the ejaculatory ducts.

Approximately 500,000 vasectomies are performed each year in the United States and many more around the world. Due to change in circumstances about 5% or 25,000 men who had a vasectomy seek the ability to become fertile again by having surgical reversal. Costs for vasectomy reversal can range from $2,000 to over $12,000, depending upon the surgeon, type of practice where it is performed, and what part of the country the patient lives. Many ask what is a man’s fertility after vasectomy? The time between vasectomy and reversal is the most important prognostic factor for success not only in terms of establishing tubal patency but also in terms of subsequent fertility. Success rates for both decline over the interval between the initial sterilization procedure and reversal, especially if over 9 years.

If subsequent fertility is desired, the age of the woman should be considered as most couples take about a year to get pregnant after a vasectomy reversal.

Cryopreservation of sperm should be performed at the time of vasectomy reversal since failure rates are as high as 35%. Even if the vas deferens is successfully reanastomosed pregnancy may still be difficult to accomplish in some cases due to compromised sperm parameters or to the presence of antisperm antibodies which generally will require IVF so that ICSI can be performed to facilitate oocyte fertilization by compromised sperm.

An alternative to vasectomy reversal is percutaneous epididymal sperm aspiration (PESA) or even testicular epididymal sperm aspiration (TESA) where sperm is aspirated from the vas deferens proximal to the obstruction or if necessary from the testicle itself. Again, the best method to utilize such collected sperm will be by doing an IVF/ICSI cycle.