Does IVF or Tubal Ligation Reversal Have a Higher Pregnancy Success? 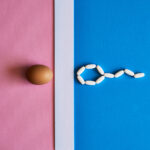 If you are interested in having a baby but have had your tubes tied in the past, you can still get pregnant either by undergoing IVF treatment (which bypasses the blocked fallopian tubes) or by surgically reconnecting the fallopian tubes. This surgery for tubal ligation reversal is also known as reanastomoses. The goal is to select a treatment that will optimize your chance for pregnancy. Many patients ask does IVF or tubal ligation reversal have a higher pregnancy success?

Which Is Right for Me: IVF or Tubal Ligation Reversal?

The decision whether to proceed with IVF versus surgery is dependent on both medical reasons and personal choices. Older patients often proceed directly to IVF. It typically takes longer to become pregnant with tubal reanastamoses than with IVF due to the healing needed following the surgery and the possible need to wait numerous months post-operatively before pregnancy occurs. A young couple that wants more than one child after treatment may chose to proceed with surgical reanastamoses so that repeated attempts at pregnancy will not require repeated treatments.

When deciding if IVF or tubal ligation reversal have a higher pregnancy success, it is important to thoroughly evaluate both partners before deciding which treatment to pursue. For example, if a male partner has a low sperm count, a tubal reanastamoses may not be the answer because even with normal tubes following surgery, the sperm may not be able to get through. This couple would be better served with IVF. We may also assess a woman’s ovarian reserve to determine the time frame available to achieve pregnancy. A hysterosalpingogram x-ray can measure the first part or proximal length of tube to determine if tubal reanastamoses is even an option. Finally, we review the prior operative record to determine how the tubal ligation was performed and what the reported status of the tubes was at that time.

How Successful Is a Tubal Reversal?

The success of tubal reanastamoses depends on several factors, including postoperative tubal length, method of prior sterilization, site of ligation and status of the tubal distal end, known as fimbria.

The surgery is performed by making a small lower abdominal incision, also known as mini-laparotomy, to access the fallopian tubes. It is done under general anesthesia at a local hospital. The scarred mid-segment is excised. The remaining healthy portions of tube are then connected or reanastomosed with several small sutures. The tubal openings are very small and suture placement is performed under microscopic guidance. The patient may be discharged to home later that day or, in some cases, admitted overnight for observation in the hospital.

Pregnancy can be attempted after post-operative recuperation. If not pregnant 3 to 6 months following surgery, a repeat hysterosalpingogram may be performed to determine if the tube is open. With a positive pregnancy test, early monitoring is recommended to rule out an ectopic or tubal pregnancy.

Whether you try IVF or undergo surgery to reverse a prior tubal ligation, we can guide you through appropriate evaluation and treatment options to maximize your ability to have a healthy baby.

If you have more questions like “does IVF or tubal ligation reversal have a higher pregnancy success?” or having difficulty conceiving, please contact us for a free consultation.

When a patient or couple begins an IVF cycle, we are always hopeful that success will be achieved the very first cycle. Despite excellent pregnancy rates, some patients may require…

Read more about Can Endometrial Scratching Boost IVF Success Rates?
IUI vs. IVF: Success Rates and Determining the Right Treatment for You

When a couple is having difficulty conceiving, there is a spectrum of treatment options ranging from “low tech” treatment (like oral agents with timed intercourse or intrauterine insemination (IUI)) all…

Read more about IUI vs. IVF: Success Rates and Determining the Right Treatment for You
Can Dairy Help Increase IVF Success?