Zika Virus Can Be Transmitted Through Sperm 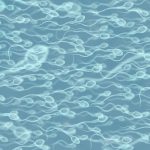 Zika has caused much tumult. Barely, one year ago, few knew the name, the origins but its effects were whispers in the news. Fast forward, we now have come to know and to respect (with fear) Zika virus and its potential for irreversible fetal, brain damage. Initially, it was believed to be exposure of the Zika virus to the developing brain during a precise time in fetal development. However, it is not simply the effect of a pregnant woman being bitten by an affected mosquito. We know that Zika virus can be transmitted through sperm exposure. This exposure occurs because the virus can live within the testes for long after the initial infection.

For instance, recent studies demonstrated that Zika could be detected up to 60 days after exposed men were infected. As the study stopped after 60 days, it can be anticipated (although not proven) that it may exist longer.

This finding is not enigmatic to Zika. There is evidence that other virus (for instance Ebola virus) can do the same and probably many others. As the testes (and the eyeballs, for instance) are immunoprivileged sites. They are areas of the body that are not protected by our bodies natural immune system. Therefore, Zika remains undetected and unchecked in the testes, for instance.

We make assumptions, based on precedent, that sperm washing (as we do with IUI or IVF) will prevent or significantly reduce egg exposure to virus. Again, there is precedent as these are the same protocols that are followed when a man has other communicable viruses, Hepatitis C and HIV, for instance. Sperm is washed and isolated, concentrating viable sperm and removing the elements of semen that are unwanted.

However, is it enough? To this end, we see many male Olympians destined for Rio either removing themselves from competition or freezing sperm prior to exposure.

These cautionary measures are reasonable – provided we have a modicum to test for Zika exposure (which we can be expecting).

Perhaps, it is not just our athletes who should consider sperm freeze. It may be reasonable for any man, with anticipated risk of exposure, who is interested in future reproduction, to consider.