Women Attempting Pregnancy Should Not Travel to Zika-Affected Areas 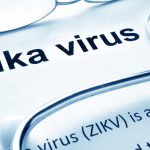 The CDC has announced that pregnant women and women attempting pregnancy should not travel to Zika-affected areas which includes South America, Central America, Mexico and the Caribbean including Puerto Rico. Since the reports that the Zika virus can be sexually transmitted the CDC has also announced that pregnant women whose male sexual partners have recently spent time in a Zika-infected territory “should either abstain from sex or use condoms during intercourse for the duration of their pregnancy.” This recommendation should also be extended to include women who desire to become pregnant to limit the sexual transmission and possible infection in pregnancy.

According to a recent article in USA Today (2/4, Szabo), “Some sperm banks and fertility societies are taking steps to keep the Zika virus out of their supplies of donor sperm to avoid infecting women trying to get pregnant. (For the American Society for Reproductive Medicine’s announcement, click here). The British Fertility Society “released recommendations this week stating that people who have traveled to areas with Zika outbreak should not try to conceive naturally, donate sperm or eggs or undergo fertility treatments for 28 days.” The article mentions that the virus is “believed to stay in the blood for less than 28 days after a person is bitten.”

If you have any questions, please let us know!