The Zika Virus And Concern For Pregnant Women 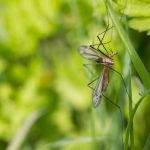 There has been a lot of talk in the news recently about the Zika virus and concern for pregnant women who travel to areas know to be experiencing an outbreak.The Zika virus is a mosquito-borne flavivirus transmitted primarily by mosquitoes. An estimated 80% of persons infected with Zika virus are asymptomatic. Symptomatic disease is generally mild and characterized by acute onset of fever, maculopapular rash, joint pain or non purulent conjunctivitis. Symptoms usually last from several days to 1 week. Severe disease requiring hospitalization is uncommon and fatalities are rare.

Pregnant women can be infected with the Zika virus in any trimester. The incidence in pregnant women is not currently known and there is no evidence to suggest that pregnant women are more susceptible to Zika virus infection or experience more severe disease during pregnancy. Maternal-fetal transmission of the Zika virus has been documented throughout pregnancy. Zika virus infections have been confirmed in infants with microcephaly (abnormal smallness of the head, a congenital condition associated with incomplete brain development). In the current outbreak in Brazil, a marked increase in the number of infants born with microcephaly has been reported. The full spectrum of outcomes that might be associated with Zika virus infections during pregnancy is unkown and requires further investigation.

Because there is neither a vaccine nor prophylactic medications available to treat Zika virus infection, the Center for Disease Control (CDC), recommends that all pregnant women and women trying to become pregnant should consider postponing travel to the areas where Zika virus transmission is ongoing: Brazil, Colombia, El Salvador, French Guiana, Guatemala, Haiti, Honduras, Martinique, Mexico, Panama, Paraguay, Puerto Rico, Suriname and Venezuela.

Pregnant women and women trying to get pregnant who do travel to one of these countries should consult with their healthcare provider first and strictly follow steps to avoid mosquito bites throughout the day as mosquitoes that spread the Zika virus are indoors and outdoors mostly during daytime.

Pregnant women with a history of travel to an area with Zika virus transmission who report two or more symptoms consistent with Zika virus disease during or within 2 weeks of travel, or who have ultrasound findings of fetal microcephaly or intracranial calcifications, should be tested for Zika virus infection in consultation with their state health department. There is no commercially available test for Zika virus. Testing is performed at CDC and several state health departments.